Mother's Day - No Muss, No Fuss

I don't celebrate Mother's Day in the traditional way. We usually go out to dinner, but I am not a fan of the pre-fix menus. I think they're overrated and overpriced. I'm not saying moms aren't worth it, but I don't think you should have to pay more just because it's a special day. I don't like the big crowds or having to make reservations so far in advance. So, we typically go out to dinner or lunch on the Saturday prior. No muss, no fuss. I also don't need a greeting card that costs $5 that's going in the recycling bin shortly after. I'd rather spend that on a nice glass of wine. No gifts for me - I have plenty of jewelry, clothes, etc. and the because we have indoor cats, there's no use in paying big bucks for flowers that are going to be hidden away where I can't see them to prevent the cats from shredding them. I know my husband and child appreciate me in my role as a mother - I don't need the fluff. This year my child wants to cook a nice dinner at home on the actual day. And all I ask is to have "me" time - to sleep in, read a book, nap with the cats, watch TV - basically do what I want, by myself. That's how I regenerate . . . so I can continue being the best mom I can be. 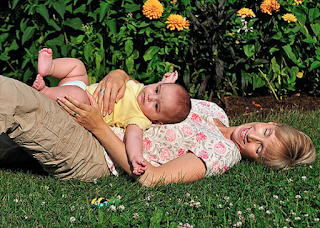 Well, this blog is generally fueled by the coveted latte, but this past year (December 2015) I was diagnosed with Rheumatoid Arthritis (RA). Now I spend my days looking for a latte substitute, since I shouldn't be consuming coffee, processed sugar, or dairy. Well, isn't that just great.

No one told me I HAD to avoid those things, but research says to change my diet and reintroduce things that may be contributing to inflammation. So, I've discovered the next best thing - turmeric milk!

Turmeric is a powerful anti-inflammatory and there are many other health benefits from consuming it.  There are all kinds of recipes out there, but here's my take on turmeric milk:

Heat in a small pot, stirring constantly to avoid scalding the milk. You can strain, or let stuff settle on the bottom.

Disclaimer: I am not a health practitioner, so don't go around telling everyone I'm giving you medical advice. All I know is, this helps me with reducing inflammation, and it helps me sleep (maybe that's the warm milk part). Best of all, it's become a healthy alternative to the basic coffee latte.

So, as you've noticed, my blogging has has no regular schedule. A lot keeps me from working on it regularly. Things like -
1) Spending time homeschooling, and working on my curriculum materials
2) Juggling all the balls of being a wife and mom (and cat mom)
3) Helping with Sunday School
4) Leading a Girl Scout Troop
5) Trying to re-ignight my artwork
6) Dealing with my health challenges - Rheumatoid Arthritis (RA)

My RA is a new diagnosis. I've been spending a LOT of time researching alternative healing methods. I'd prefer to exhaust this route before turning to western medication methods - trying acupuncture, massage, diet, etc. But there was one healing method I almost overlooked. My cats. 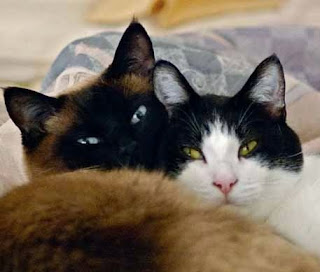 Don't get are freaky out on me yet. Anyone whose had cats can likely attest to the fact that cats have a innate ability to pick up on their human's discomfort. Whenever my child is not feeling well or just cranky, a cat comes to her rescue, spending extra cuddling time with her. When I've had a cold or headache, one or both of the cats will spend extra close cuddle time with me near my head. And more recently, one of my cats has taken to sleeping on my chest at night. He lays his head and paws on my shoulder (alternating shoulders). I don't know if it's the warmth, or purring vibrations, but my shoulders often feel less stiff or sore in the morning. 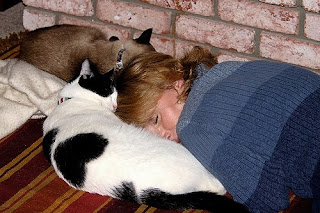 In an infographic on The Healing Power of Cat Purrs, it states, "Cats create purr vibrations within a range of 20-140 Hz, known to be medically therapeutic for many illnesses."

Now, if I could only get each of my cats to sit on my hands each morning . . . um, yeah - that will never happen (without some nips and bites!). 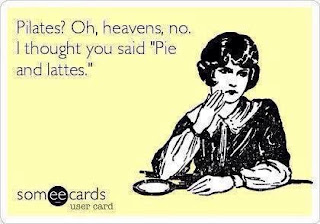 My Child Still Believes - So, Butt Out

There are lots of online posts that go around this time of year, giving advice on how to break the news to your kids about Santa, or how to keep the Christmas magic alive. I'm not going to mash-up and summarize all those posts, but I am going to tell you how it is in our family.

My parents never gave me "the talk" or wrote me a letter. They kept the spirit of the season alive and even when my brother and I thought we had it all figured out, we realized it was better to not question, and to hold on to the magic of the season as well.

When my daughter asked me recently if Santa was real, I put the question back on her, because it really is about what she wants to believe and how it makes her feel. She told me other kids and friends were telling her Santa wasn't real, that Santa was her parents, and she could even compare Santa's handwriting to her parent's handwriting to see it was the same. I asked her what she believed in. She still believes. And she shared with me why she believes, and it was something like this:

"I know all those Santas in the malls and at parties aren't the real Santa, but they are bringing Christmas fun and holiday cheer to everyone. That's a good thing. That's the Christmas spirit. There really used to be a man named St. Nick and he brought good cheer to everyone. I don't know if he's a real person or a spirit, or a bunch of other people, but I want to believe there is magic during Christmas - and I don't care what other kids think. Maybe they're missing out on something fun and magical."

And as for the gift receiving from Santa - she believes that's a reminder of the first Christmas when the Magi brought gifts to Jesus. (Having a proud parent moment here).

So, I'm OK if you and your family don't believe in Santa, the Tooth Fairy, the Easter Bunny, or whatever, but don't ruin it for my kid. Please consider asking your non-believing kids to keep their beliefs to themselves so they don't ruin the magic for the other kids. And if you're an adult, please refrain from conversations in front of kids, about how you personally know Bob Smith the local "Santa" in the mall. Maybe you don't believe anymore either. Maybe you and your non-believing kids are feeling some sort of loss because you really wish you had some Christmas magic to hold onto - but don't project your feelings onto my kid. Can't you see how the Christmas magic makes her glow? 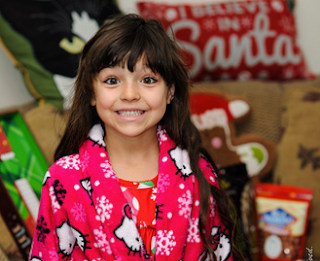 I'm going to protect and defend that Christmas magic for her until my dying days. Because I still believe too! So, please - butt out. And Merry Christmas!

Now, I'm off to have a Starbuck's eggnog latte in whatever color cup they give me.
Posted by Susie at 11:29 AM 4 comments:

I have been a lazy blogger. It's been almost 4 months since my last post. What's up, you say?

LIFE. That's what's up. And deciding to relax more. 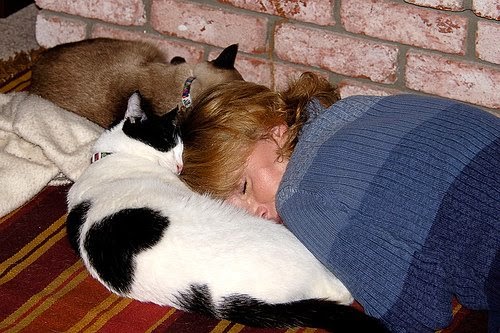 I spend much of my time homeschooling my elementary age child, or researching and preparing for lesson plans, or driving her to enrichment programs, Tae Kwan Do class, Lego Day at the library, Daisy Troop meetings, etc. Then when I get a break, my husband whisks our child off for some fun activity time so I can, . . .  wait for it . . .

. . . have more time to clean the house and/or work in the yard. If I'm lucky, I sneak in a nap with the cats. In the evenings when our child is finally asleep, I might have a little "me" time and I can muster up enough energy kick back on the couch to watch some mindless TV and get caught up with the latest news on FaceBook.

I used to be a very active blogger. My cats have their own blog. Yep, my cats blog. I'm their transcriptionist. They (the cats) used to blog every day and would get great blog traffic. Then LIFE happened to them too - a little human girl entered their world. Now the cats spend a lot more of their days being lazy bloggers too - napping instead of blogging.

I give kudos to those bloggers who can do it all. Who plan better and write 100 posts in advance. Who have mastered the social media world to connect with others to drive traffic to their blogs. Who have found a way to make money off their blogs. I would love to do that.

At this stage in my life I'm just happy being a lazy blogger. I've got enough things to think about and do - like family stuff. . . and also, looking for the next great latte. 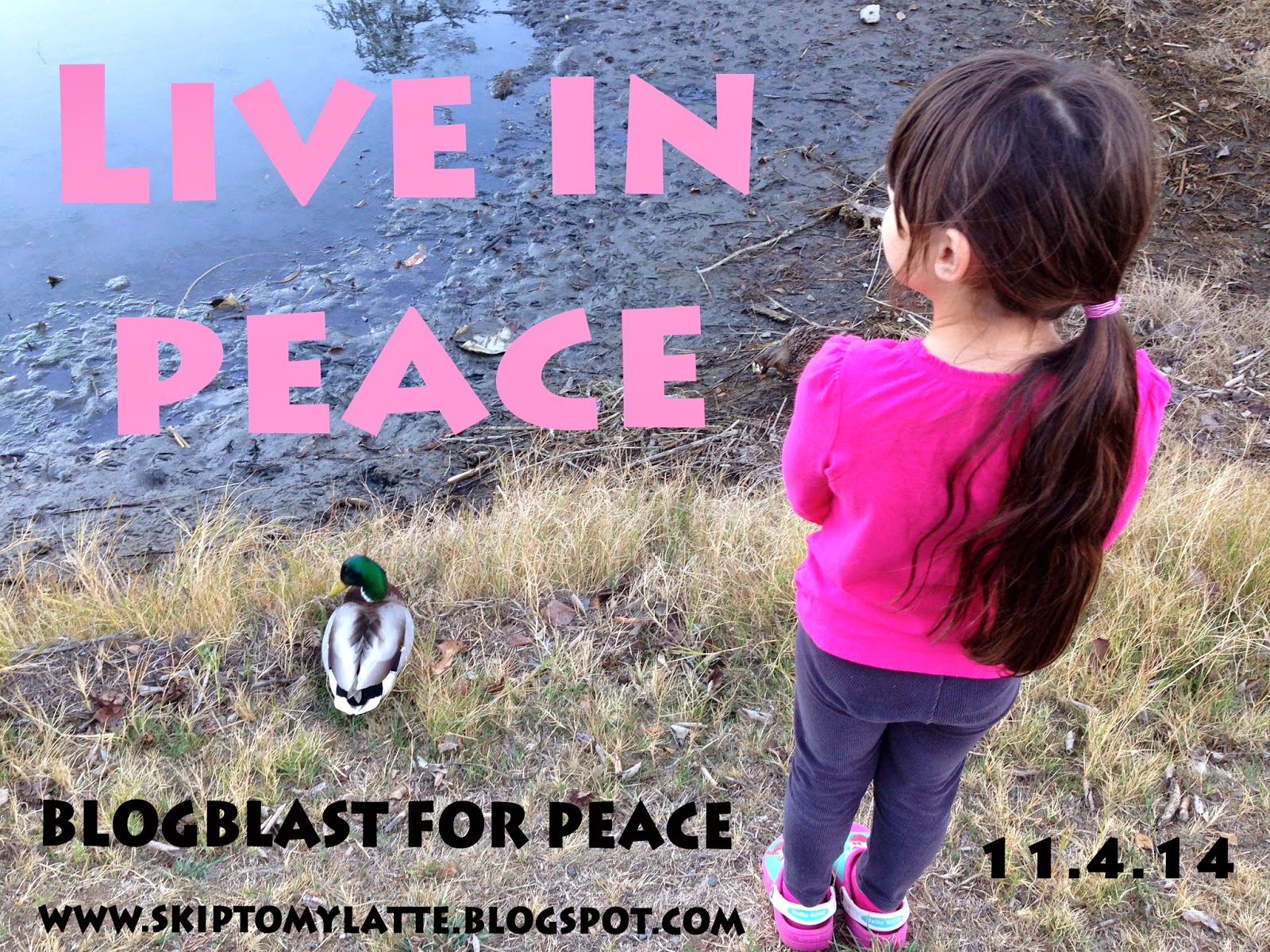 Learn about the movement.

Peace be with you.